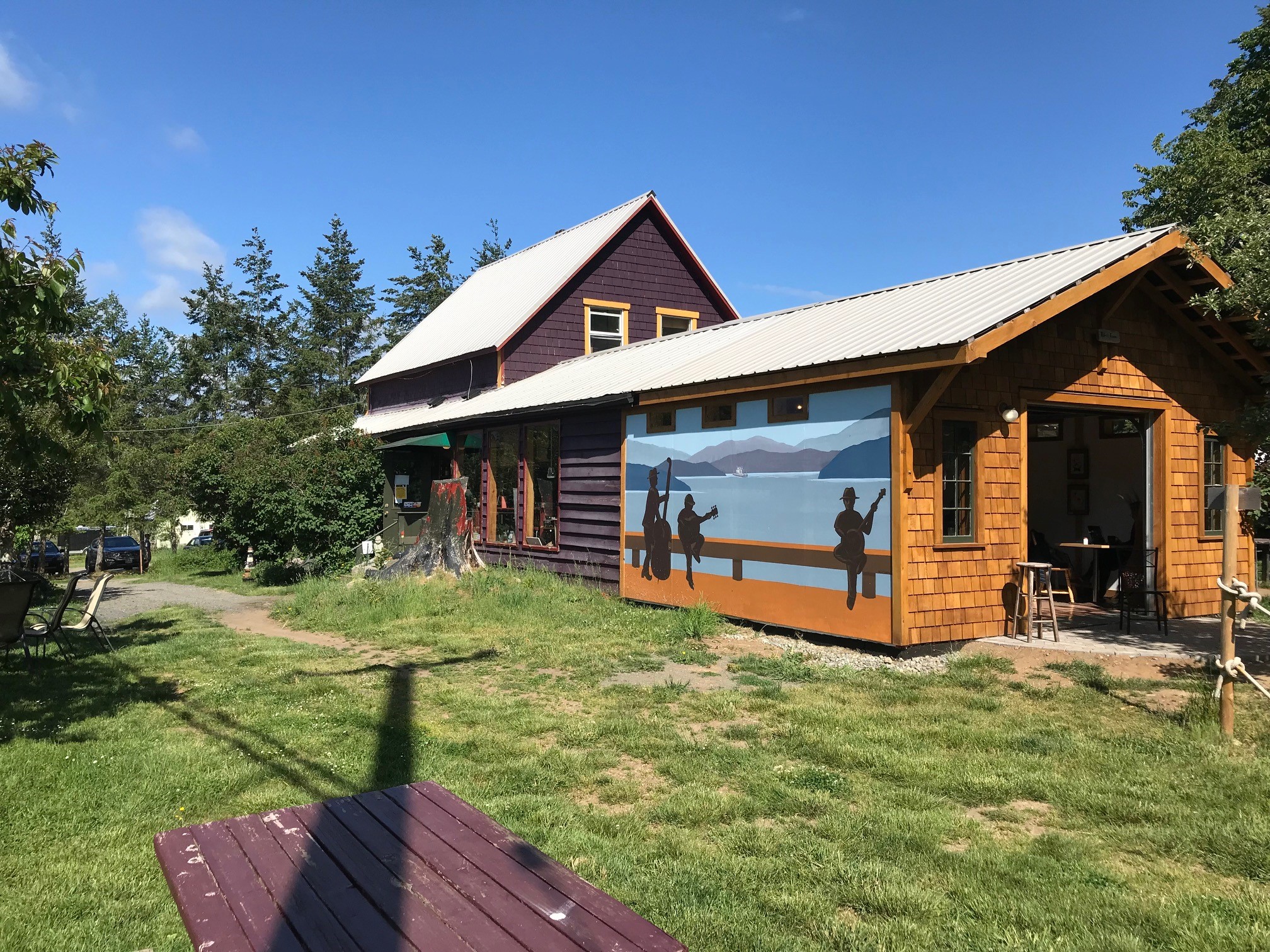 Denman might be said to have two urban centres. First there is the village, with its cluster of shops, community halls, gallery, school, and services. Then up Denman Road, there is the Earth Club Factory Bistro and Guesthouse– this year celebrating 20 years in business. In the sense that the Guesthouse complex is hostel, bistro, shop, performance venue, and art gallery, it is a sort of private hamlet in its own right, and certainly an iconic part of Denman’s life.  The funky décor, with its open beam ceiling shelves connected by recycled piping, the mixed tables and chairs of the bistro, and the warren of rooms, cabins, sheds and outdoor spaces (like the wood-fired pizza oven), all speak to rural living and the anarchic individuality of the Gulf Islands.

Here you can eschew the glass-topped tables that have appeared of late, and take your coffee at the plank pallet bench along the front window, contemplating the aesthetics of two, facing stump chairs splashed with weathered red paint. If you want to catch up on the story behind the latest power outage, or how to get help with four flat tires up a remote logging road, or what really happened last Friday night ten years ago, you won’t be disappointed. It’s the working man’s early morning coffee stop, with the talk of cars and construction and farming issues a DIY community needs, not to mention a living archive of oral history.  The conversations are an ongoing seminar on Denman Island life which no one has yet completely figured out.

The Earth Club Factory reflects the community and environmental values of Sheldon Rempel and Donna Wooley.

Sheldon has a background in hostel management as a former marketing manager for the Alberta Hostel Association, Donna, a diploma in tourism. They met working at the Banff Hostel where he was manager. Eventually they moved to Kamloops where they set up a new hostel. Getting into the coffee cart business, he began to attend music festivals. The fact that he could earn the equivalent of a whole month’s wages in one weekend did not go unappreciated.

They walked away from the hostel and opened the Earth Club Factory in Kamloops. The Earth Club was a pioneering environmental venture, built around “biodegradable, organics, sustainable, appropriate technology.” Self help publications like Lieman’s Catalogue of handmade tools, put out by the Amish, and the Whole Earth Catalogue, were bestsellers.  But they still had the hostel business in their blood. “Having a place where people come from all over the world means your world is never small.”  A three-year search for a place to buy came to an end in 1995 when they came to Denman for the wedding of Sheldon’s sister and saw the building locally known as the Guesthouse – or, as Sheldon says, the Guesthouse found them.

Originally the farmhouse of John Woods built in 1912, the Guesthouse resort had been on the market for years because the building only had an ageing wood foundation. What they found was a “badly run resort” because the owner had built it with a “vision” of selling it on, with no real interest in running a resort. Shabby as it was, the property intrigued them, but they didn’t come to any arrangement until the owner him-self turned up on their Kamloops doorstep, insisting they buy. A four-year lease-to-buy deal was agreed for a payment of $5000. They took over in 1999.

The renovations were not for the fainthearted. One month short of the lease expiry, the foundation finally col-lapsed. Donna’s parents, Don and Ethel, are long time island residents. Wondering what to do, Sheldon turned to Don who told him, “You can fix anything if you want to.” Right. Sheldon replaced the timber foundation with concrete bit by bit, doing much of the work himself. By then, within the lease term, the plumbing, electrical, and the roof had all failed. You’d think they felt totally suckered, but Sheldon sees it differently. “The lease gave us time to get to know all the problems. In the meantime, the store and the coffee business enabled us to survive.”

That was just the beginning. There was no front door and no connection between the kitchen and the café. “You couldn’t tell if anyone was even in there,” he recalls. The rooms were gradually all repurposed. Where is now the bistro kitchen were bedrooms. They tore the tank out of the water tower out back, which was falling over, to become rather unique “glamping” accommodation. Four layers of flooring had to be stripped off. Under the layers of wallpaper was original fir wainscoting. “We just kept peeling back until we got to the soul.” Then there were the “disasterously” overgrown arbours whose ivy was “eating the building”.

As if all that was not enough, everything they knew about hostels was balanced by a complete ignorance of restaurant management. Self-reliance may be the hallmark of all successful entrepreneurs, but even so, you have to admire their grit. Or should we say, the coffee grits? 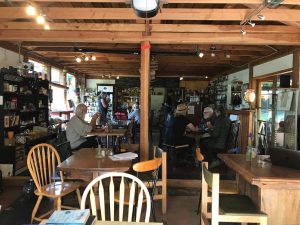 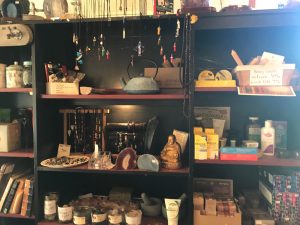 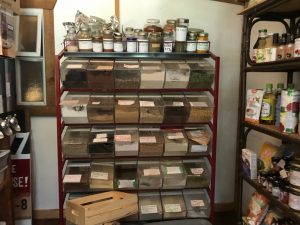 By Anthony Gregson, Published in the Islands Grapevine Jan. 17, 2019