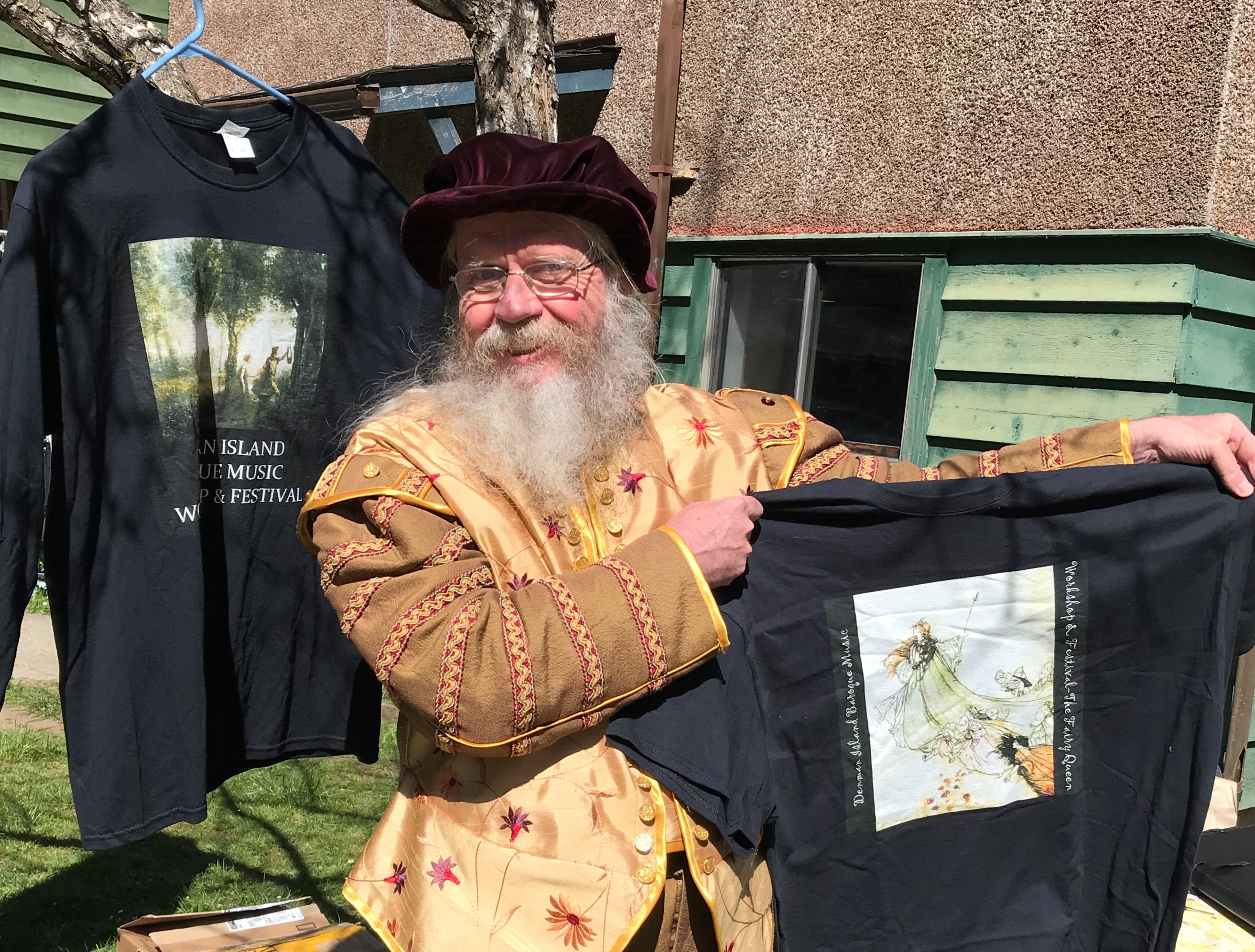 Published in the Islands Grapevine, April 24, 2018

After all the expense, stress, and exhaustion of the first Denman Island Baroque Festival last May, organizers Andrew Fyson and Robert Newton were at first uncertain about committing to a second festival this year –  despite a stellar success. But the workshop instructors who came from Europe were adamant. For these young professionals, all of them, as Robert points out, rising stars in the expanding cosmos of early Baroque music (1580-1630), the whole experience had been life changing. They loved our community, the beauty of the island, and the chance – not to say – the novelty – to make a real difference, far from the teeming sophistication of Europe where the early Baroque is but one chapter in musical history. It is an important reminder for anyone who might take Denman for granted or feel overshadowed by supposedly more glamorous environments. Certainly, the Baroque Festival is the myth of the colonial Gulf Islands at its most extraordinary: sophisticated talents drawn to a simpler life in a beautiful, still relatively remote setting. This notion is vividly captured by a photo taken during the construction of James Dunsmuir’s stately home outside Victoria, Hatley Park (now Royal Roads University), of a marble staircase rising stark against a black wall of towering firs.

Not ones to do things by halves, Andrew and Robert  have redefined the meaning of hesitation. This week is the eagerly awaited arrival of a harpsichord built for them in Barcelona by the Italian, Fabrizio Acantora. It is a somewhat melancholy story. The maker has developed trouble with his hands. Realizing that this would be his last instrument, he intended it for himself. But the commission from Andrew and Robert had been held up for too long, so he let it go to them, with, Robert says, deep sadness. It will not go unappreciated, and indeed, cannot arrive a moment too soon with the festival less than two weeks away. The harpsichord was a principle anchor of the baroque tradition of the basso continuo, the harmonic continuity that grounds the performance. A small group of musicians would play the bassline and the chords which formed the accompaniment to the melody. The continuo was frequently tuned to the harpsichord which also kept the pace at a time when conductors were unknown. 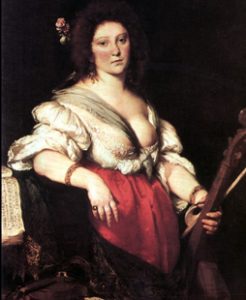 Everything about the performance of early Baroque music, and especially the landmark work of Monteverdi’s 1607 L’Orfeo, is a matter of scholarly debate and shifting interpretation. The tuning, the instruments, the manner of playing, the notation of the score, and the role of performers all differ from the musical customs of classical music in the last two hundred years. For instance, Baroque instruments are often tuned a half tone lower than modern pitch. Many of the instruments are now rare, with very few players; some have disappeared altogether. The Baroque violin is held in a way very different than the modern instrument. It is played while held against the chest, and with very little vibrato (the amplification of the resonance by constant agitation of the string). Musical scores are relatively sketchy by contemporary standards, with chords, and their variants, coded by number. Moreover, the musicians were also composers in the sense that they expected to be given license to improvise, especially with ornamentation. L’Orfeo, as the first, fully realized  opera, presents a particular challenge with two very different endings, one from Ovid and the other modified by Monteverdi’s librettist, Alessandro Striggio. In the Ovid, Orfeo is torn apart by what Andrew terms “the mean-eads” (a pun on jealous maenads); the modified story has Orfeo’s father Apollo descend and take him up to Heaven so that he can mourn the lost Eurydice amongst the stars. This involved the first instance in Baroque opera of the theatrical device of the deus ex machina (the god from a machine), and consisted of a crane that held the god over the stage.

L’Orfeo is a big leap for local amateur performers. Whereas last year’s Dido and Aeneas is in English, L’Orfeo is in Italian (which requires the projection of sur titles). It is also musically more complex. Taken altogether, it would be hard to think of a more daunting challenge, but thanks to Andrew’s network, Denman’s Baroque Festival has managed to find all the rare instruments and players it needs. They have found such instruments as the lirone (or lire da gamba), a continuo instrument that can only play chords, and a violone, the baroque double bass. Players are coming from Salt Spring Island, Vancouver’s lively early music scene, and Denman itself. In fact, about half the performers will be coming from Denman, mainly as singers. Costumes were sourced on eBay from a fellow in England who acquires them from professional companies such as the Glyndebourne Festival. Costumes of a simpler nature are also being made on island.

With the performance of L’Orpheo, a community concert, a Baroque dance performance, and expert performances by the workshop instructors, not to mention an exhibit relating to the Festival’s music, the coming experience of May 5th to 11th 2018 can only be described as immersive. Andrew has even obtained a genuine ancient Greek obol, a small coin that used to be placed on the eyes or in the mouth of the dead to pay (in the days before experience cards) Charon, the no-nonsense boatman who ferries souls across the rivers Styx and Acheron to the shores of Hades.

After pretty well 350 years of neglect, L’Orfeo entered the international repertoire again, first with revivals in the late 19th century, and then, starting in the 1950’s, historically informed performances using original instruments by such modern pioneers as Raymond Leppard. For both Andrew and Robert, however, the Baroque Festival is much more than an exercise in historical revivalism. Today, when Andrew and Robert go to the Czech Republic and Poland, they encounter musicians who do nothing but play early Baroque music. In fact, the interest has grown to the point where Robert feels it is nothing short of a classical music revolution. “The Baroque,” Robert says, “is the avant garde.” There is, he believes, a thirst for the simpler, more honest sound of strings played without the distortions of vibrato, a turning away from lush orchestration, and overly-engineered sound. Musicians are constantly searching for new sounds and many earlier instruments have much to offer. Listening to them now, you wonder how they could have been forgotten.

We must remember that musical history is neither fair nor conscientiously archival. It moves with the times, fueled by fresh ideas, new sounds, the morphing zeitgeist. The guitarist Pierre Beaudry, who performed on Denman last Fall, specializes in early guitar and remarked how much forgotten material is turning up from the Baroque when the guitar was ubiquitous.  So, as Celtic Wagnerian grandiosity retreats into computer war games and blockbuster epics like Lord of the Rings, one would do well to give your day-glo green wig a primp, take a last pull on the dooby, and with a nod to the harpsichord, tune a beautiful lirone.